I just caught the first two episodes of Tech Trek TV. It is a weekly series being created by a couple of ITP students (Caleb Clark, Anh Nguyen and Rucyl Mills). It gives a nice glimpse into ITP and the projects that are being developed.
Check it: Tech Trek: Inside ITP

Recently, I had a chance to discuss what online video might look like in the next 10 years with a group of very smart people at the Video on the Net: Beyond YouTube? breakout session at the Beyond Broadcast conference.

There are those who beleive that the video internet is currently going through it’s growth spurt much like text internet did in the 1990s. In some respects, I very much agree. The phenominal growth of activities such as video blogging, aggregation, playlisting and podcasting have gone far to make video a normal part of the web.

In other respects, I see a long road still ahead. Mike Lanza of Click.TV outlined a thought that is very pertinant. He stated that in the current iteration of online video, interaction, particularly social interaction occurs around the video with tools that are firmly based in the world of the textual web: tagging, commenting, sharing and the like. This is evident all through the popular video aggregators and video blogs, a quick trip to YouTube should illustrate enough.

Of course, there is more that is happening. People are remixing, starting to make comments in-time with video, people are creating videos in response to other videos but these are certainly not the dominant forms.

It is obvious that online video must and is taking a different form from the video that we have all experienced over the past 50 years (namely TV). It is on-demand, lean forward and nessecarily of limited quality and duration.

What is slightly less obvious is that current iterations of the popular online video formats are black boxes. They depend on the the text around them to provide the context and searchability. Metadata, which could provide some of this information is non-standard if existant at all. In other words, we are moving from a pure text internet to a multimedia internet but that multimedia in order to be useful needs to be described or put back into text in some manner.

Now, I am not saying this is a bad thing or useless thing. We can scan text, pull out key points in a non-linear fashion, navigate through text. None these things are easy with video in it’s current form. Video is rich and has tremendious emotional impact but it also has a lot of baggage.

One of the the things we discussed in our group discussion was “What would a video wiki look like?” A wiki being a very successful example of many of the things that the web was originally designed for. Wikis are open platforms for anyone to write, edit, erase, converse and otherwise publish content online.

Unfortunately, no one really had an answer. There are thoughts that collaborative editing platforms are getting there but editing is only one aspect of the language of video. There is also all of the production in the first place. Perhaps wikis just don’t translate into something where there is an infinite number of variables. In text, language adds some semblance of the finite, in video there isn’t a defined language with parseable portions.

My thesis here (and this is not new nor original) is that for video on the net to reach the relevance of text on the net, to be truly searchable, scannable and sharable it must be parseable at the very least. We must be able to hyperlink to portions, drill deeper within it, copy and paste it and search it.

Last a note: Researchers, Academics, Cinematographers and practicioners who use video have been talking about these issues for as long as video has been around. This is not a new conversation but certainly one that is becoming increasingly relevant. One place that you might find people discussing these very issues is netvidtheory Yahoo Group.

At this session at Vloggercon 2006, I presented the video comments plugin which this video is using.. Check it out. Click on “Watch Video” after the jump. (Warning, the video is long and big)

Mine is: MobVCasting. There is also a public one at: Open Vlog

Dee Blind Mice Blog Archive Moment Capturing 2
I come across so many great video blog pieces that are just fleeting in my memory. Postings in this category will be an attempt to hold on just a little bit longer.

Dee and Jaki have started a series of video blog entries inspired by Jay Dedman’s Momentshowing. This is the second in the series and is fantastic.

A piece that I have been working on. Inspired by Toshi and Shiffle. 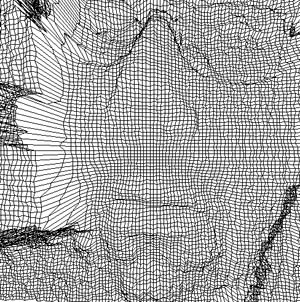 I have been doing something that I call MobVCasting for some time.

Essentially, it is video blogging with a twist. My vlog posts are created, edited as well as posted directly from my mobile phone. I use MMS (or Multimedia Messaging or picture messaging or whatever your provider calls it) to post videos to my vlog.

You can see what I do by visiting http://www.mobvcasting.com/wp/

I am almost to the point where I feel comfortable offering this capability to all who are brave enough to try.

Although I am not ready for offering personalized service (which would entail posting to your blog though mobvcasting), I have opened up a test MobVCasting vlog that anyone is free to post to. I am calling it OpenVlog at MobVCasting. You can see it at: http://www.openvlog.mobvcasting.com/

Anyone is welcome to use their mobile phone to post to this “open” vlog. You will need a video capable phone and the ability to send MMS (multimedia messages or picture mail or whatever your provider calls it) to an email address. The address for this service is openvlog@mobvcasting.com. The subject of your message will be the title of the post and any text in the body of the message becomes the body of the text.

One last thing, your mobile phone provider may charge you to send MMS messages. So if you give it a shot, don’t go overboard until you get your first bill.

Please feel free to send any questions or comments my way: shawn@mobvcasting.com

local report: home
For those of you wondering what I have been up to for the past month or so, here is your answer: Called, Whitman Local Report, this is a performance piece utilizing mobile phones to create a montage of video “reports” and phone “reports” all in real time (live).
I created some custom software that runs on the phones (Nokia 6710’s) to shoot and automatically upload video from the participant’s phones (30 of them) and more software to playback the videos as they come in (with some controls for play, pause, stop, next and previous).
Hans, my technical collaborator, took care of setting up an Asterisk server and queue to receive the phone in reports and play those out as they came in.
We have one performance to go, please tune into the live stream, come to the live event or check it out afterwards. The previous 4 are available now if you would like a taste.

Here is some press that I just came across: Art and Innovation Collide